A Commentary on “For All Who Hunger” by Pastor Emily M.D. Scott

“This is a story about how bread, broken and passed from hand to hand, rescued me from my aloneness”

“The idea was to let the symbols speak for themselves. The bread, the wine, the table. The oil and the water. To create a place where their meaning is so transparent that no one would ever say “It’s lovely, but what does it mean?” – Page 41.

During the course of this year’s quarantine I have made time to devour books that not only stimulate me intellectually or provide an imaginative escape, but that also nurture me spiritually, and guide me as I question, theorize, and settle back into belief. This month I read “For All Who Hunger: Searching for Communion in a Broken World.” Written by Emily M.D. Scott, a queer, female Lutheran Pastor, is a spiritual memoir set against the backdrop of Brooklyn, New York that chronicles her journey in creating a church that would be an inclusive community for those who felt there was no church that would welcome them. Pastor Emily’s writing is lyrical, graceful, and beautifully vulnerable.

Before I continue with my observations on this book, I have to be clear that I do not fit into the common definition of a “typical” Christian woman. AND, I am staunchly Pro-Choice, believe in Marriage Equality, I respect other people’s pronouns, and I support dismantling and restructuring America’s prison system. I am sex positive, pro-sexworker, pro Trans rights, and I believe in science (#wearamask #washyourhands). I subscribe to the idea that Faith is a very personal gift, not a political weapon used to push archaic, blatantly racist, ableist, misogynistic, homophobic, or islamophobic rhetoric.

However if you were to ask me if I believe in God, my answer will always be yes. For those who would love to challenge me for believing in a carpenter who walked the earth over two thousand years ago, healed the sick, defended marginalized women, and died for my sins – don’t worry, I love the Jesus that preached love but flipped tables, not the one they keep referencing on Fox News.

At St. Lydia’s the congregants prepare a meal together, celebrate Holy Communion, and clean up together. Pastor Emily established and led St. Lydia’s church, close to the ebb and flow of the Gowanus Canal for eight years. She is a graduate of the Yale School of Divinity, and currently leads a new congregation in Baltimore, Maryland. New York is a vibrant, artistic, fabulous, and historic city. For many new and even long term city dwellers it can also be a very lonely city. Pastor Emily shares in her book how her loneliness led her in part to start St. Lydia’s Dinner Church.

I first attended this church three years ago on a cold February night over President’s day weekend. As a Lutheran, it is an experience I will always treasure. St Lydia’s is a progressive and welcoming congregation with a warm and relaxed energy. Throughout the New Testament many of the stories that are most well known about Jesus’ ministry happened in people’s homes, or an intimate gathering such as a wedding. Meals bring people together, create and knit families, and provide physical and emotional nourishment. What I love about dinner church is that it disrupts the common narrative of organized religion being unwelcoming and unforgiving.

Dinner Church is people at a table who are often shut out of church, coming together to find God and embrace Spirit around food prepared and shared as a community. This type of gathering reaches back two thousand years and makes an old message new and fulfilling again in a tumultuous and lonely modern world. In the Early Christian Church, believers of “the new religion” would gather in homes with friends, chosen family, and celebrate what we now call service or mass.

St. Lydia, who is mentioned in the New Testament, accepted Christianity and gladly opened her home to St. Paul and other believers. Christianity is a religion originally rooted in interpersonal connection, driven by a radical concept of forgiveness. Please don’t ask me why that message got lost in translation over the last two thousands years.

If there was ever a time to understand what it means to have your faith tested it is here and now in 2020. COVID-19 has brought a wave of challenges that are of Biblical proportions to put it mildly: widespread unemployment, physical isolation which can negatively affect your emotional and mental health, unprecedented political strife, and the tragic loss of hundreds of thousands of American lives. This is a time when the faith we have placed in so many structures has been violently shaken. Our faith in our government, our faith in our education system, our faith in our healthcare system, our faith in our employment situations, and even the security of the Post Office has come into question with big red question marks. How do you keep the faith during a time like this? Is this the great plan?

The book brings us to the intersection of justice and Christian faith. The timeline of the book ranges from about eight to ten years ago, however there are many relevant parallels between the issues that Pastor Emily and her congregants had to face and the unforgettable events of 2020.

As St. Lydia grows as a religious community, social issues such as police brutality, gentrification, and systemic racism are interwoven into the memoir. Pastor Emily recounts the aftermath of Hurricane Sandy in 2012, and how the tenor of New York City became a strained song about the huge socioeconomic gaps that exist between many city residents depending on ethnicity and zip code. Pastor Emily also shares the story of Nicholas Heyward who was wrongfully shot by the police at the age of thirteen. This type of story has become all too familiar in the mainstream media. When these issues are examined through the lense of faith one could be inspired to speak out against social injustices.

Throughout the New Testament, Jesus aligned himself with those who were ethnic or religious minorities, the marginalized and ignored people in his society. Wouldn’t it make sense that as people of faith, we too would align ourselves with those same people and use our voices and positions to advocate for them?

Pastor Emily created St. Lydia’s Church for those who were deeply hungry for spiritual nourishment, deeply hungry to know that they are connected to a higher power that embraces them as they are.

The word hunger in the title is a layered reminder that so many essential needs are going unfulfilled in the midst of the pandemic. Our country has been severely malnourished in its ability to acknowledge how deeply ingrained racism is in our society and that white privilege cannot be explained away by stating “But I voted for Obama…twice!” The renewed conversation around the Black Lives Matter movement brings to the forefront the deep hunger to be treated with humanity as American citizens that African Americans have endured for centuries. There is a deep hunger for stability as millions of Americans are trying to survive in the midst of employment.

Over the past four years the phrase “Thoughts and Prayers” has become a cultural jest that suggests obligatory words with a lack of response; an example of faith without works in the twenty-first century Urban Dictionary, the unlikely gatekeeper of culturally relevant vernacular, defines the phrase “Thoughts and Prayers” to mean “I couldn’t care less (but one must keep up appearances, right?)” Throughout the book, we are privy to many examples of believers whose faith drives them to do more and look outside the box for better and more realistic answers to the challenges around them.

“You’re searching for the living among the dead, the angels told them and sent the women out on the road, back to the disciples, to be disbelieved and ignored – page 178.

In the New Testament, after Jesus is crucified, Mary Magdalene, His mother (also named Mary), and the other women who were at his execution go to his Tomb to anoint His body as was the religious tradition at the time. What Mary Magdalene finds is an empty tomb and angels who ask her “Why do you seek the living among the dead?”.

As someone who grew up going to church and still goes to church, I have heard this story many times and it still touches my heart. But in the midst of living a stressed and uncertain daily life while navigating a global pandemic during an election year, it nudges us as a culture to ask ourselves why we are looking for that which has died, fallen away, and obviously no longer works for the collective? How can we possibly keep grasping and fussing to maintain our “normal” when a new normal demands our attention, and is pushing us to move forward in a more radically honest, authentic, and humanitarian way? The systems that have been the foundation of this continent for the past 401 years need to die. When someone says to me that the system is broken, I remind them that the system we are currently fighting against is working exactly as it was designed to work. The normal for far too long has been systemic racism, unwarranted police brutality, and the exhausting fight for reproductive justice. During this first tumultuous year of the roaring twenties, we have seen many innocent people lose their lives because of the prejudice embedded in our country’s DNA. George Floyd did not deserve to die like that. Breonna Taylor was asleep in her bed when she was brutally murdered.

Pastor Emily’s book guides us to view these difficult issues through a lens of active faith that is not rose colored, but rather based in spiritual empowerment. Be ready to take action as you are empowered by a faith tradition that originally included those who were often overlooked.

This book is not chicken soup for the soul. It is not necessarily written only for religious folks, but also for those who are simply watering the seeds of faith. It is uplifting in its ability to illustrate that God can be seen and felt through your neighbor, through kindness, through speaking against injustices, and through a shared meal that is assembled each week to remind you that you are and always have been whole, worthy, and fully loved.

If you decide to read this book, I would love to know what you think! Leave a comment below or tag me on social media @sagebeautyblog.

← A Memoir of Faith Lost and Faith Found
Welcome To The Re-Brand and The Remix. → 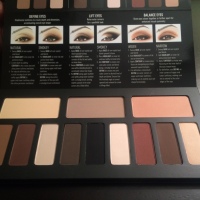 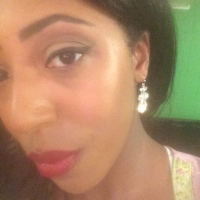